Mondulkiri Gibbon & Wildlife Safari, Trekking – but with a community based focus!

Hello! My name is Torn

I am a local guide from Senmonorom, Mondulkiri. I now run the Mondulkiri Gibbon & Wildlife Safari, supported by Bunong Elephant Project. It is an eco-tourism organization developed in consultation with the indigenous Bunong community in Andong Kraleng village. The Andong Kraleng village is located in the rural area and in the heart of the Seima Protected Forest of Mondulkiri, Cambodia where there are many difference kinds of Wild Animals living around there, such as elephants, bears, gibbons, black shanked doucs, Hornbills plus many others! Keo Seima Wildlife Sanctuary (KSWS) in eastern Cambodia’s Mondulkiri Province is home to the Jahoo Gibbon Camp, which lies in the core of the sanctuary in the Seima Forest. Covering some 2,000 km2 the KSWS is working with multiple partners to preserve this critically important habitat of endangered species.

The Mondulkiri Gibbon & Wildlife’s Safari main focus is to help to organize a safe and enjoyable trip to the Seima Forest on your Day / Overnight tour. As a community project, monies raised will be used to protect the forest from illegal logging, save endanger wild animals and to support the local community through providing good, safe jobs to Bunong people, as well as supporting education and welfare for marginalize for Bunong children and families.

Jahoo Gibbon Camp is a truly responsible tourism and conservation project that is home to seven species of Gibbon, including the yellow-cheeked crested gibbon. The camp itself is part of a key conservation project with the WCS and the indigenous Bunong people, an aboriginal Cambodian minority ethnic group. On this early morning walk with the Gibbon Research team you should also look out for Pig-Tailed and Long-Tailed Macaques and the silvery Lutung, also known as the Silvered Leaf Monkey or Silvery Langur. 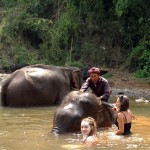 Located in the remote mountainous northeast region of Cambodia, bordering Vietnam, Mondulkiri is the country’s largest province and is home to the second largest ethnic minority population, the Bunong (or Phnong). Renowned as elephant tamers, they comprise about 30,000 of the province’s estimated 43,000 residents. The Bunong language is the main language spoken in their homes and villages.

What Are Their Lives Like?
The Bunong culture and way of life is intimately associated with the forest area in which they live. Access to land and the forests is essential to their survival. The Bunong practice labour-intensive swidden (‘slash and burn’) agriculture, following a 15-20 year cycle, using one site for up to five years before moving to a new location.

What Are Their Beliefs?
The Bunong are normally not members of any organized religion but instead practice animism; this is to say that they believe all things have spirits – animals, plants, hills, stones, jars, buildings – everything. Their ancestors are also represented by spirits and the stability of their lives depends on the satisfactory appeasement of all these various types of spirits often through holding ceremonies and rituals.

What Are Their Needs?
Food and land protection: The Bunong experience a period of 3-5 months where the food grown in their fields runs out, so they must forage in the forest, hunt, fish or gather resin to sell. Major tracts of land have now been logged, sold or otherwise removed from the traditional ownership of the Bunong community, leading to a decrease in access to life-sustaining resources.

Literacy and education
The majority of Bunong do not have sufficient math skills to fairly buy or sell produce at the market, and few can properly count money or use a scale.They are frequently cheated by local traders. Their ability to interact with the broader society is limited, preventing adoption of innovations and ideas from the outside. Also, as outside influences encroach with alarming speed and impact, the Bunong are ill-equipped to confront the onslaught of changes. Lack of 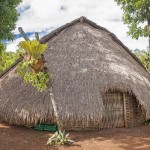 Khmer language skills also render them at even greater risk for exploitation.

Healthcare
Many serious diseases have a much higher rate of prevalence in Mondulkiri than in other provinces. Also, the Bunong do not possess basic information which could allow them to treat or prevent simple diseases.